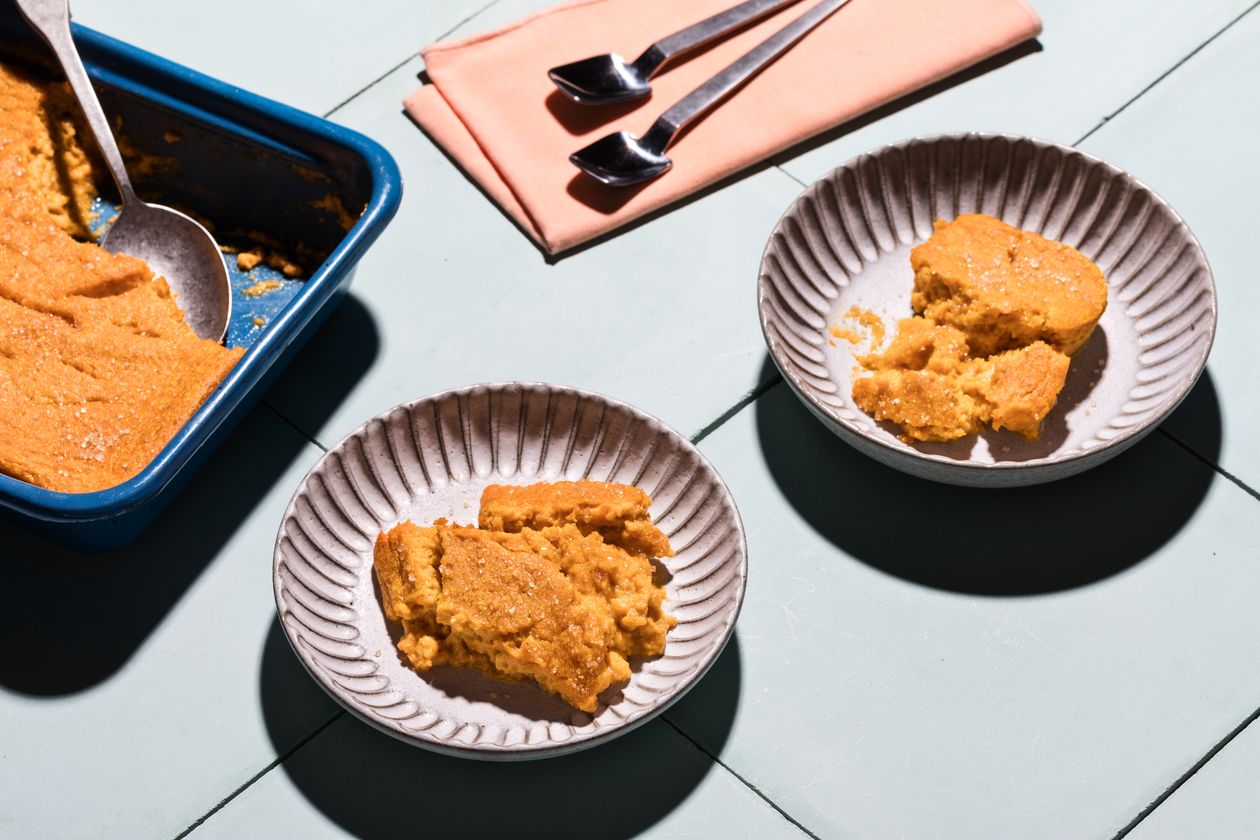 05 Nov Thanksgiving Dessert Recipe: So Much Simpler Than Pumpkin Pie

Originally from The Wall Street Journal

IN AMERICA, pumpkin pie is nearly as entrenched a ritual as apple pie—despite the fact that so many people don’t actually like it. Most of my family falls squarely in that camp, so I’ve experimented with alternatives over the years. Finally I stumbled upon an old Burgundian cookbook with a recipe for a “flamusse” of pumpkin. This looked promising.

A flamusse is a custardy regional specialty perhaps best described as a cross between a soufflé, a flan and a clafoutis. It’s almost always made with sliced apples, so this pumpkin variation surprised me. The recipe was labor intensive, included no measurements and involved baking several baby pumpkins. But it was everything I hoped it would be. Cooked pumpkin grows dense once it cools to the temperature at which pumpkin pies are often served, so this hot souffléed whisper of a dessert was a revelation. So, too, was the absence of the ubiquitous spice mix that nearly always masks the taste of the fruit. The flamusse revealed the pure taste of pumpkin, lightened with egg and enriched with cream. It was sweet, but not overtly so, rich, but not heavy. A heady dose of rum and a grating of orange zest gave it just the edge it needed.

After some trial and error, I recalibrated the recipe to work with canned pumpkin purée, making this among the easiest of Thanksgiving desserts. The dark rum the French often bake with is a welcome addition to this flamusse. Cognac has the right richness for it, too. As an American, however, I find it hard to separate pumpkin and bourbon in my head, particularly around the holidays. So I tried the recipe with bourbon and it had a certain down-home je ne sais quoi.

Though just the thing for those eager to banish leaden pumpkin pies, it is not for anyone who simply doesn’t care for pumpkin. This recipe is all about the pumpkin. And it’s not a dish you can make in advance. You must eat it hot, right after it comes out of the oven. That said, it takes almost no time to prepare, requires no skill or experience to get right and bakes in under 30 minutes.